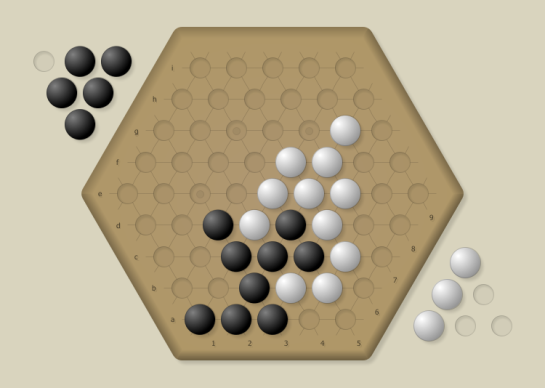 Black is in a bad situation but has only two marbles less than its opponent, and its position is in the center of the White group. It develops a defensive gameplay while the White try to squeeze it. But unfortunately for Black, its life is hanging by a marble. Its fate is sealed: White will eject the precious marble, but not before five moves if Black plays well 😉